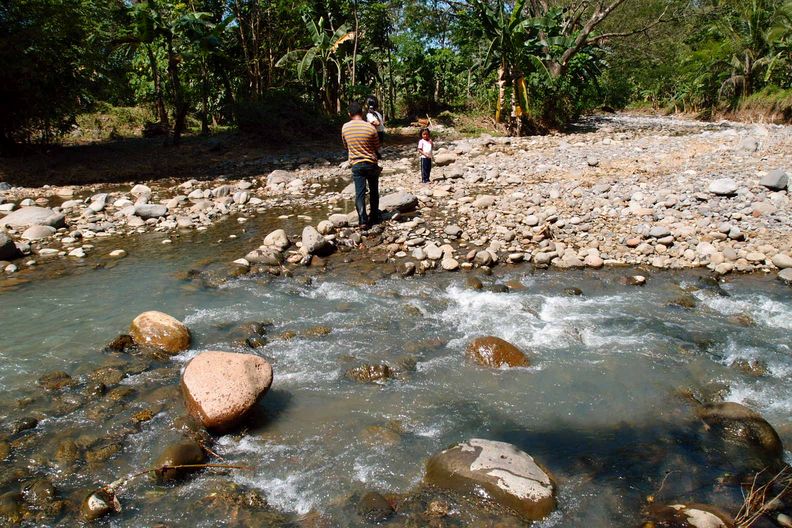 The field surveys which have been conducted since last December finally reached the end. On March 6th and 7th, there were last field trips to make the final decision.

Dry and hot weather has just started. And it makes a field trip to the proposed school construction site, the Bougna Village, very tough. Children walk for two hours every day in this dry and hot weather. The creeks that flowed last December already disappeared and left only the white rocks. Therefore, there is no more effort required to cross the heavy deep water, but children now have to walk in the blazing Sun.

Children from the Bougna Village leave their houses at 10AM to go to school that starts at noon. A child holds her little brother’s hand tightly as she walks to the school. The way to school, 5.5km: they run with the excitement of going to a school and the worry of a new school year that will start in two months. June is the beginning of a new school year but also the beginning of the rainy season in this region. Once the water level rises, it’s hard to cross the water without getting their textbooks wet. 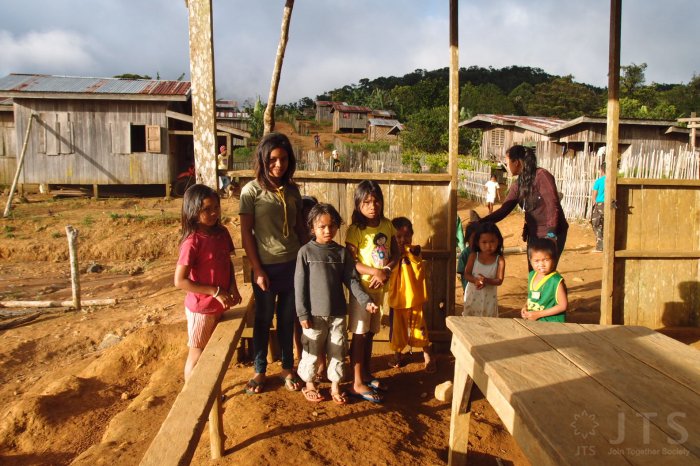 Once inside the Upper, villages called “Kihan-ay” and “Consolacion” appear. Guillain-Guillain abounds with sunlight and clear water and therefore farms coffee mainly. The harvest is rich, but the money is scarce after covering living expenses and sending children to school. 1kg of coffee is worth about 60 pesos which is about 1,500 won in Korean dollars. However, people in this town are so generous that they want to give anything to the guests who visit the town. They served a dish called “Ppark-Ppark”. Have you ever tried a frog dish? Yes, “Ppark-Ppark” is a stir-fried frog dish. I wanted to try a bite of the dish, but I was too afraid to try eating a frog lying on the vegetables. JTS starts school construction projects in the Bougna Village and the three villages in Guillain-Guillain Highlands this year. The field trips on March 6th and 7th were visits to determine the size of schools to build. When the school gets constructed this year, freshmen and sophomores don’t need to walk for two to three hours to go to school at five in the morning. We can now serve fun and enjoyable schools to the children who couldn’t enjoy learning at school because of the tough way to school.

This entry was posted in Emergency Relief. Bookmark the permalink.