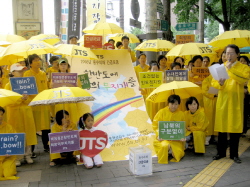 In July of 2006, torrential rain poured down on the Korean peninsula, resulting in severe damages to both South and North Korea. However, the damages sustained were at the opposite ends of the spectrum. With its barren mountains (trees logged for firewood) and weak building/dam structures, North Korea suffered catastrophic damages with heavy casualties.North Korea suffered more than 50,000 deaths and the loss of more than 100,000 tons of grain production.

Five shipments were made from South Korea and China. As the first civil society to send shipments of relief goods to North Korea, JTS led to create a momentum to help North Korea, with other Korean NGO following, eventually leading to the announcement by the South Korean government to send humanitarian assistance to the North. 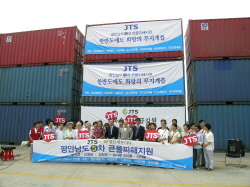 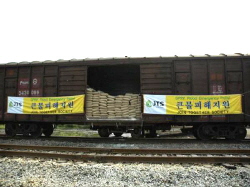